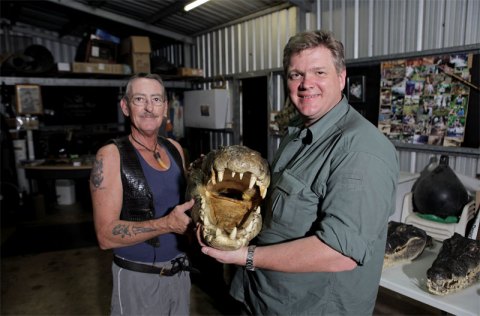 Ray Mears while on location for Close Encounters

The first episode of Ray’s brand new series, Ray Mears Close Encounters, will be broadcast at 9:00 pm on Wednesday 17th July on ITV1.

In this new two-part documentary series, survival expert and presenter Ray Mears follows two of Australia’s most iconic animals, the Saltwater Crocodile and Tasmanian Devil. By studying these animals up close and in the wild, Ray gains a privileged insight into their unique habitats, in Australia’s Northern Territory and Tasmania’s wilderness.

In the first hour-long episode, Ray follows the infamous saltwater crocodile, Australia’s most notorious predator and king of the tropical Northern Territory. But how do you live with a dinosaur predator as your neighbour? As the city of Darwin’s crocodile population explodes to one crocodile for every person, Ray meets the people with a key role in managing how man and beast co-exist and gets a close look at Australia’s most prevalent man-eater.

“You can really feel the power of this animal, its explosive energy… You can really sense how terrifying these animals are. I’ve not even had a cup of tea and I’m already playing tug of war with a croc.” 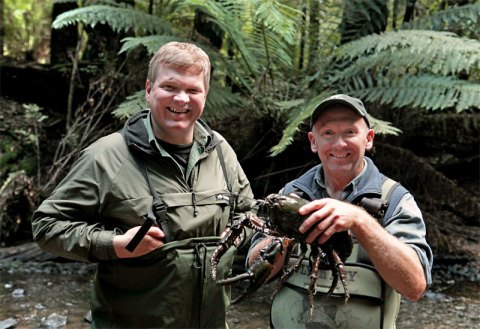 Ray Mears while on location for Close Encounters

With the help of experts – park rangers, biologists, vets, Search and Rescue crews and indigenous people who live off the land – Ray shows the challenges each creature faces.

“These are some creatures. If you think how many hundreds of millions of years they’ve been on the planet, you know, this is a very successful design… You’re seeing the original monster.”

Up until 1973, the fearsome Aussie croc was hunted close to extinction, but forty years ago hunting was banned and, ever since, the crocs’ population has exploded. As the suburbs grow, the danger of conflict between crocs and suburbanites continues to increase.

Tune in to ITV at 9:00 pm on Wednesday 17th July to watch this episode.