In 2014 Ray Mears was invited to a private UK screening of the independent film Emptying the Skies. The documentary highlights the great threat that is currently faced by migrating songbirds, which are being killed in vast numbers as they fly across southern Europe. Due to their status as a French culinary delicacy, millions of small birds are being poached each year, fetching large sums of money on the black market.

Based on a widely republished article for The New Yorker by best-selling novelist Jonathan Franzen, Emptying the Skies aims to raise awareness of this devastating environmental tragedy and the journey of those risking their lives to stop it. This squad of pan-European bird-lovers are waging a secret war against the poachers, disrupting illegal trapping to free as many birds as possible. 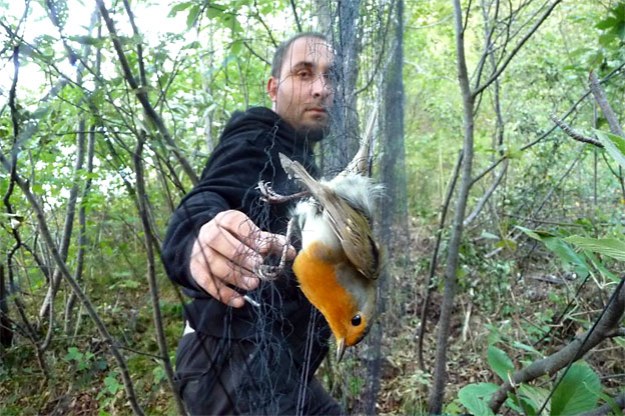 Thanks in part to the awareness raised by the film and its subjects, positive changes are slowly taking place: poaching strongholds in northern Italy are dwindling, while attitudes towards the illegal hunting practice are shifting, with the Italian government now taking the matter more seriously and enforcing the laws more strictly. But, of course, there is still a long way to go. 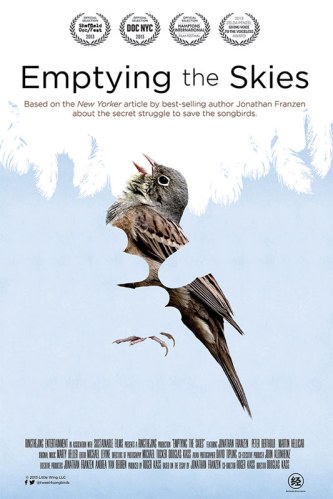 Recommended by Ray, this gripping and award-winning documentary is now available to watch online, either by renting it or downloading it from the following link: Watch Emptying the Skies online