The following post was written by Woodlore’s Head of Operations, Dan Hume:

For most of my life I have been fascinated, amongst many other things, by fire, and from very early on in my childhood I set out on a path to learn the vast array of methods to conjure it. Needless to say, the journey ahead remains a long one, but I have had some great experiences along the way and I thought I might share my most recent with those that are interested.

It all started in the fields and forests around my home as a young boy. It wasn’t a path I set out on with much direction in the beginning, until I finally created flames by rubbings sticks together – then I was hooked, and have pursued my interest with a great deal of vigour ever since. After enduring much frustration – the kind that only accompanies these activities – that first tiny spark of success ignited something much more than just the pile of twigs before me; something deep within had been kindled, and it was the pure joy and sense of achievement that was borne out of that experience that first drew me to Woodlore’s campfire.

I have been teaching bushcraft all of my adult life and, following the philosophy of Woodlore, I always strive to broaden my knowledge at every opportunity; that is of course one of the responsibilities of being an outdoor professional. It was with this in mind that I went in search of one of the methods of making fire still used in the tropics of the Far East and one I had been curious about for many years – the fire thong. Although I had succeeded in making fire with this technique, it had been rather inconsistent, so I set out to learn properly.

One of the elders who was kind enough to share his knowledge of fire making with me. I passed him on the trail high up in the hills. I offered him a cigarette and we rested together for a few moments before he kindly invited me to spend the night in his village.

It was amongst the valleys of the world’s second largest island, New Guinea, that I encountered it being used by the Dani people who call the fire thong ‘tekan’. Although tribal warfare has long been a part of their culture, the Dani are a gentle, friendly, agricultural people who tend crops of sweet potato, coffee and tobacco between the peaks of New Guinea’s staggering highlands.

The main area they live in was first sighted from the air by outsiders, quite by chance, in 1938 and, despite some encroachment from the modern world since then, their traditional way of life has proved remarkably resilient and the majority still live the same way they always have. The bow and arrow is a common sight and many still use them to hunt birds and small mammals or to dispatch the pigs they keep. I even met several old men who still knew how to make stone axes, although they no longer use them everyday in that area since steel was brought in. Of course, some have lighters and matches, but the traditional way of making fire is still very much alive and relevant.

In these parts, the fire thong is just as reliable as any modern means and, in some respects, even more so because it can always be made from materials collected in the forest. The main difference is it takes a few seconds longer to make fire. 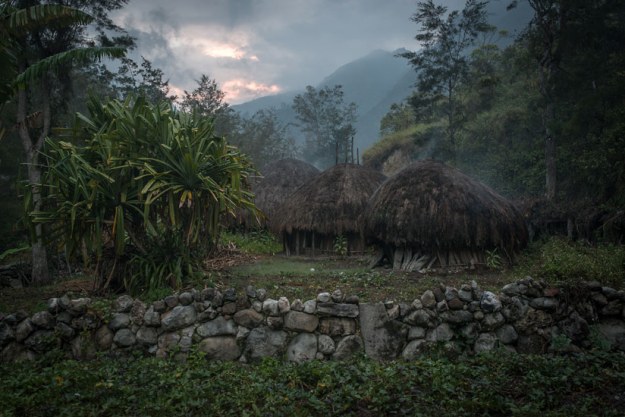 Several family huts, or ‘honai’ nestled in the valley made up the village and it was a great privilege to be welcomed in.

A scene that has remained unchanged for countless millennia. Using two pieces of dry rattan, fire is produced in less than a minute.

Coaxing the ember into life.

Having been shown the technique, it was my turn to try – which caused some amusement! 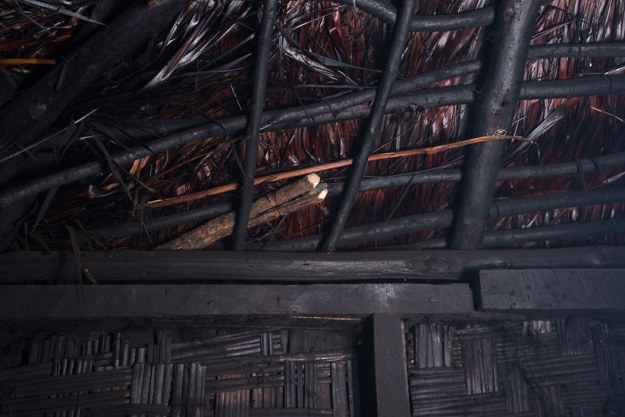 The way in which the tekan is conveniently stored – lodged in the dry space between the rafters of their honai.

The complete fire set neatly wrapped and ready for travel.

A Dani warrior I had the pleasure to stay with in another village. He showed me the same technique and I felt most fortunate to witness it a second time. 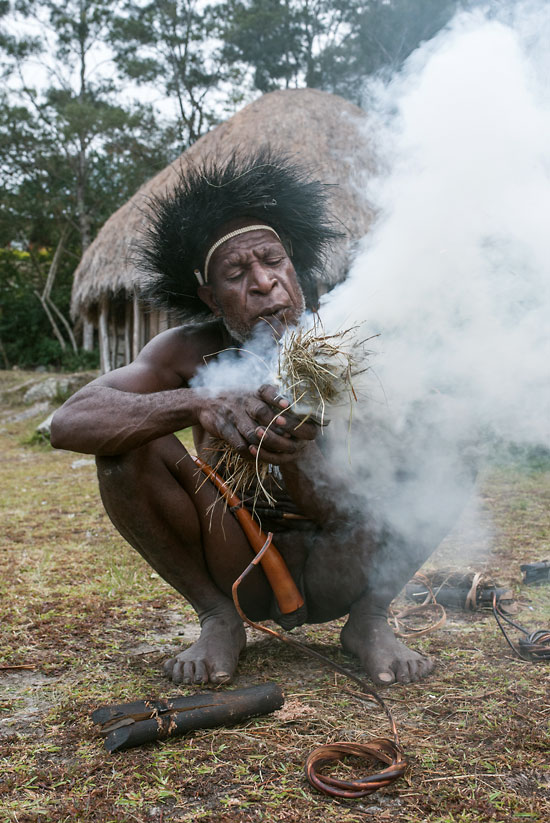 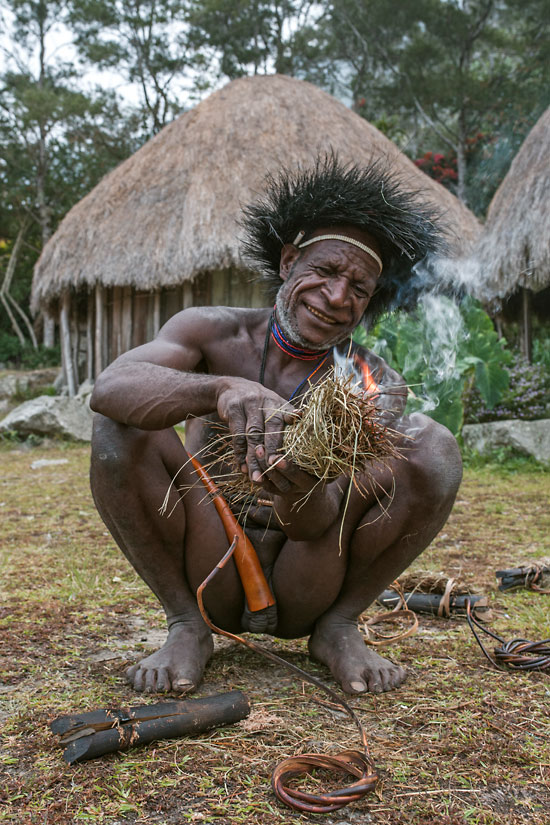 No matter whom you are, the flames from a new fire never fail to cast their cheery spell. Long may they cast light in that special place.

6 thoughts on “A Quest for Fire in New Guinea”