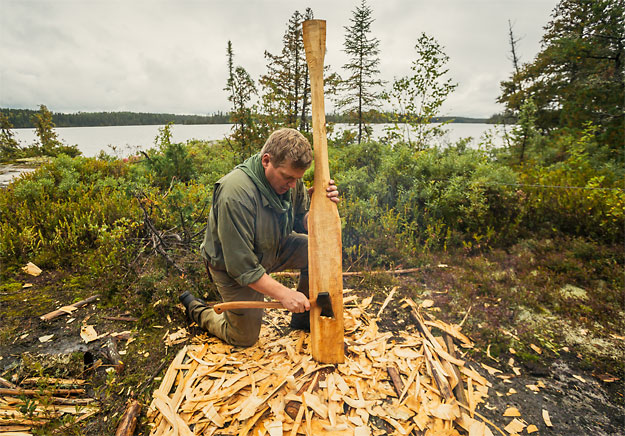 The latest issue of The Great Outdoors magazine includes a feature on Ray’s recent canoeing trip in Ontario, Canada. Ray gave his own first-hand account in a previous blog post of ours, but it’s interesting to see the trip from another point of view. Peter Coombs joined Ray and Becky Mason for a portion of their adventure, and his article can be seen in the January issue of The Great Outdoors, which went on sale today. To whet your appetite, here’s an excerpt:

So as to make the most of the time we had, Bruce arranged for us to travel the short hop by float plane to his in-park base at Allanwater Bridge. It was a real buzz watching the pilot strap our canoes between the fuselage and floats, while we loaded our gear from the jetty into its Tardis-like interior. We flew parallel to the CNR line and, peering northward from our aerial vantage point, got our first real experience of the area’s vastness. There is nothing manmade of note due north of Wabakimi until you pass all the ice of the Arctic and begin to head south into Russia. The boreal forest here isn’t like the smaller forests of Western Europe; it stretches around the entire planet, broken only by the world’s northern seas. 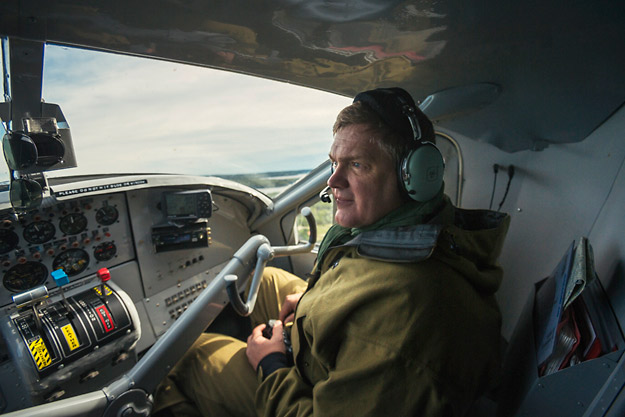 We camped on a small, rocky outcrop protruding into a slow, sweeping bend on the Allanwater River. It was only hours since we’d watched the floatplane disappear over the forest canopy, but I could see that already the trappings of modern life were leaving us. This had been highlighted to me earlier, as I watched Ray slip into a seamless and much practised routine of bushcraft skills. Firstly, he erected a bivvy sheet, to keep his kit dry in case it rained in the night. Secondly, he collected wood and started a fire, lit with a single stroke down a fire stick (which hung around his neck on a piece of thin twine) with the back of the blade of his antler-handled knife. Thirdly, he crafted a tripod and pot holder before filling his kettle from the river and hanging it over the flames. Finally, he erected his single man tent. Ray sat back, jobs completed, blowing on a scalding cup of freshly brewed tea, while in the same short period of time I’d managed to choose a spot and was still stood, pole in hand, scratching my head over how to put up the unfamiliar tent I’d borrowed.

After dinner we sat around the fire at the water’s edge, as the first of the evening’s countless stars showed themselves, while the sun left its last pink hue over the slow moving river.

“It’s great to be here,” offered Ray, without prompting. “It feels as if we’re travelling in the footsteps of the fur traders.” 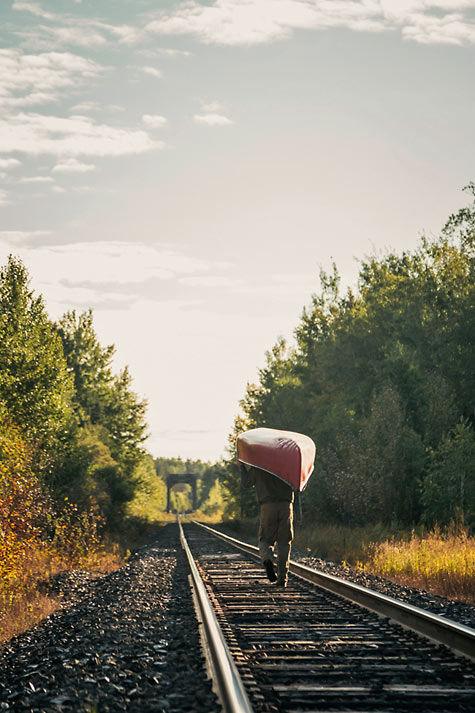 You can read the full article by downloading the January issue of The Great Outdoors here.