Tick-borne disease charity BADA-UK and its Patron, Ray Mears, are warning both outdoor workers and outdoor-pursuits enthusiasts to be vigilant about a potential increased risk of tick bites this spring. The charity is using its annual awareness campaign Tick Bite Prevention Week (26 March – 1 April) to highlight the health risks that ticks pose, especially following the recent EU ban of the herbicide Asulam. 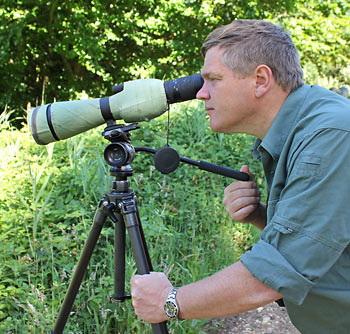 Asulam was used by hill farmers to control the invasive spread of bracken which provides the perfect habitat for ticks. Ray Mears warns:

The control of bracken is vital to the survival of numerous species of flora and fauna as well as reducing tick populations. The spread of bracken as a result of this ban will lead to increased tick numbers, making it all the more important that the public takes precautions against tick bites when out and about in rural areas.

Reports suggest that the tick population and its distribution is increasing, and with it comes the risk of contracting Lyme disease (Borreliosis) and other tick-borne diseases. In fact, new research published in January 2012 suggests that the prevalence of Lyme disease bacteria in the UK tick population is considerably higher than most recent estimates indicated.

Ticks are second only to mosquitoes for carrying disease to humans worldwide. In the UK in 2010 there were 1,361 laboratory-confirmed cases of Lyme disease, a 24.4% increase on 2009. The Health Protection Agency estimates a further 1,000 – 2,000 cases go unrecorded each year. BADA-UK, a registered charity run by unpaid volunteers who have been affected by Lyme disease and associated infections, believes that public and professional awareness is key to combatting the rise in cases of tick-borne disease. 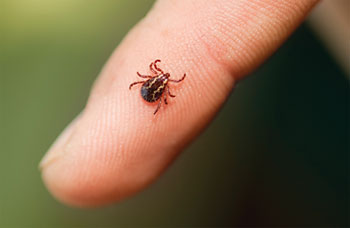 An example of a Tick

The charity advises that, with no preventative vaccine available, the best defence against UK tick-borne infections is to avoid being bitten in the first place by taking a few simple precautions when out and about. Wendy Fox, Chair of BADA-UK says:

People who frequent bracken-rich areas can be both recreationally and occupationally exposed to tick-borne diseases, particularly Lyme disease. Increased interest in outdoor pursuits, combined with an increasing tick population, is resulting in a year-on-year rise in cases of tick-borne disease. Ticks are part of the natural world and the great outdoors is there to be enjoyed. It is therefore important to be informed about, rather than unknowingly exposed to, infections that are preventable.

Tick Bite Prevention Week coincides with the onset of the tick season (March to October) and when people start to get out and about in the warmer weather. It promotes awareness about tick-borne diseases, safe tick-removal techniques and effective tick bite prevention for all at-risk groups.

Further information about bracken and a summary of the Asulam ban can be obtained from The Bracken Control Group, which was formed in response to the Asulam ban.