A brand new six-part series has now begun on ITV1, with Ray delving into the spectacularly diverse landscape of Australia to look at some of the weird and wonderful life forms that are able to live and survive in the land Down Under.

From the expansive waters of the Great Barrier Reef and the vast wilderness of Arnhem Land, to the teeming Cooper Creek billabongs and the ancient heartland of the rainforest, each episode of Wild Australia sees Ray explore the dramatic physical geography of the region, the extreme weather conditions that occur there and the wildlife species that have adapted to survive in those environments.

Ray encounters rare and extraordinary creatures such as the prehistoric cassowary bird, the weedy sea dragon, and the tree kangaroo, as well as witnessing a three-month-old humpback whale calf learning to swim in preparation for the long migration to Antarctica. We also follow Ray as he ventures deep underwater alongside giant manta rays and green sea turtles. 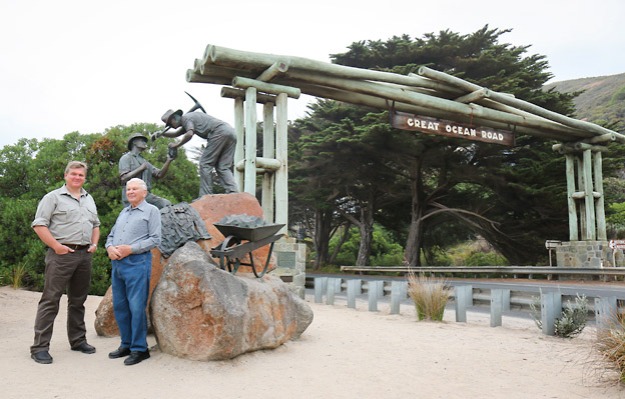 Travelling among the dense eucalyptus forests of the Bush, the scarlet sands of the Red Desert and the dramatic shoreline of the southern coast, Mears meets with local wildlife experts and guides, witnesses the ancient tradition of farming with fire, discovers a gallery of ancient aboriginal art and comes face-to-face with a giant saltwater crocodile.

The series has now been broadcast in the UK, but is available to view for a limited time on the ITV player.

5 thoughts on “Wild Australia with Ray Mears – New to ITV”