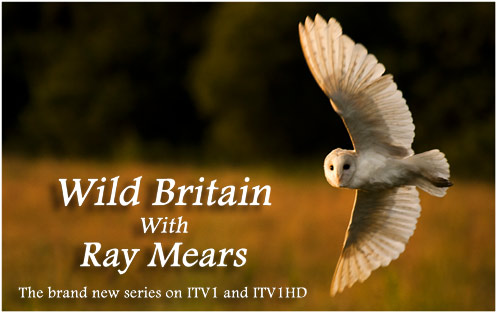 We are excited to announce that the popular ITV series Wild Britain with Ray Mears will be returning to our screens this year for a second series. Starting on Friday 14 October, Wild Britain kicks off a new 10-part run, as Ray takes us to some of Britain’s finest and most beautiful natural habitats and celebrates the very best of our wildlife.

See the official ITV trailer for this series below:

In this second series, Ray ventures further afield as he explores the wild landscapes of Great Britain – ancient pine forests, deep bogs and remote mountains. From the dramatic Cairngorms in the Scottish Highlands and the underwater world of a sea loch in the Outer Hebrides, to the steep sea cliffs on an island off the coast of Wales, Ray unlocks the vital links between the plant, animal and insect worlds and the role of man in the evolution of our ever changing landscape. Sharing his knowledge of field craft and his passion for our native wildlife, Ray shows us the hidden natural world that lives just beyond our doorstep.