Back in August of this year, we posted some photos on our blog of a Julius Pettersson knife, which Woodlore customer Nick Simmons had made a handle for. Shortly after this, Nick got in touch with us again to share some photos of his original WK1 Woodlore Knife, which, after years of use, he decided to re-scale.

When asked if he’d mind us posting the pictures on our blog, he replied, “Yes, but I fear the puritans will hunt me down and lynch me for changing it!” Well, there’s only one way to find out! Let us know what you think of Nick’s handiwork:

I had some fun over the past few days re-scaling my Woodlore Knife. The original maple had stained over the years, so I decided to have a change: 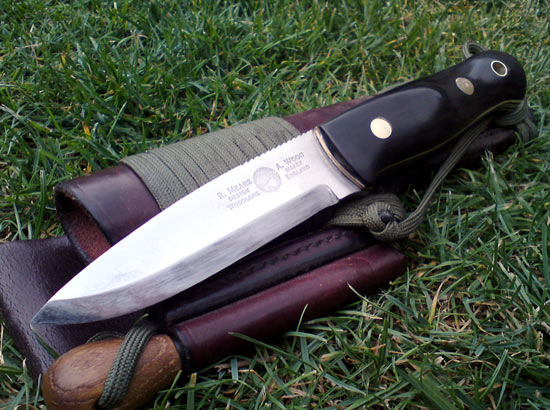 I incorporated a black fibre liner, a brass plate and some cape buffalo horn. While it was sat there without scales on, I had a go at some file work along the tang as well: 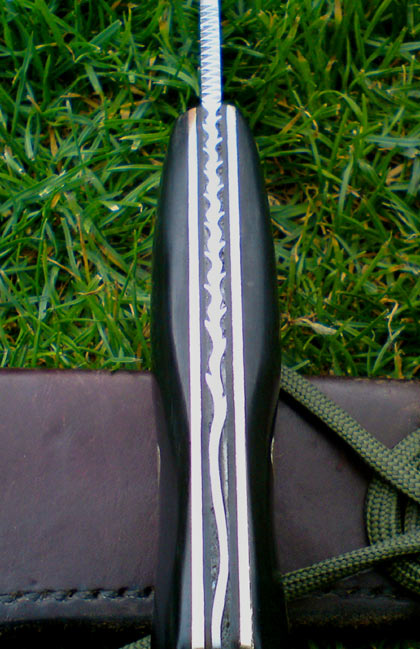 A close-up of Nick's file work